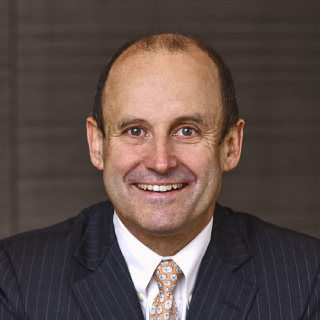 Mr. Pitoniak is VICI’s Chief Executive Officer and is a member of our board of directors. Previously, Mr. Pitoniak served as Vice Chairman of Realterm, a private equity real estate manager. From 2006 to 2019 Mr. Pitoniak served as an independent director at Ritchie Brothers (NYSE: RBA), the world’s largest auctioneers of construction equipment, and during that tenure served at times as Compensation Committee Chair and Nominating & Governance Committee Chair. In April 2014, Mr. Pitoniak became Managing Director of InnVest, a publicly listed REIT, responsible for recapitalizing the REIT and transitioning its management function from an external, third-party management model, to an internal management model. He then served as Chairman from June 2015 to August 2016, when the REIT was sold and taken private. He also served as a director of Regal Lifestyle Communities (TSE: RLC), a Canadian seniors housing real estate owner and operator, from 2012 until its sale in 2015. Mr. Pitoniak retired in 2009 from the position of President and Chief Executive Officer and Director of bcIMC Hospitality Group, a hotel property and brand ownership entity (formerly a public income trust called Canadian Hotel Income Properties Real Estate Investment Trust (“CHIP”)), where he was employed from 2004 to 2009. As Chief Executive Officer of CHIP, he led the company to four consecutive years of total return leadership among Canadian hotel REITs, and then to a sale in 2007. Mr. Pitoniak was also a member of CHIP’s Board of Trustees before it went private. Prior to joining CHIP, Mr. Pitoniak was a Senior Vice-President at Intrawest Corporation, a ski and golf resort operator and developer, for nearly eight years. Before Intrawest, Mr. Pitoniak spent nine years with Times Mirror Magazines, where he served as editor-in-chief and associate publisher with Ski Magazine. Mr. Pitoniak has a Bachelor of Arts degree from Amherst College. Mr. Pitoniak provides our board of directors with valuable experience in the hospitality, entertainment and real estate industries and, in particular, with respect to publicly held REITs. Our Company and our board of directors also benefit from Mr. Pitoniak’s extensive previous and current board service. In addition, Mr. Pitoniak’s position as our Chief Executive Officer allows him to advise our board of directors on management’s perspective over a full range of issues affecting the Company.

Back To Team VICI